I’ve written before about art thumbnails, the initial sketch for a scene that we use to make sure the layout and storytelling work. 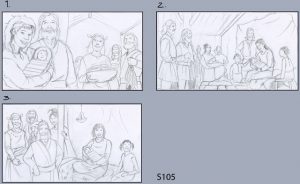 This set seems particularly hard to choose between. They work in a purely functional sense (i.e. they can be covered with text and still read well). But each has some nice elements. For example, alternative 1 has a closeup, which is nice. But alternative 2 is good for showing the extended family. And I particularly like the children in all three. 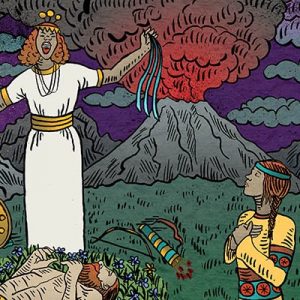 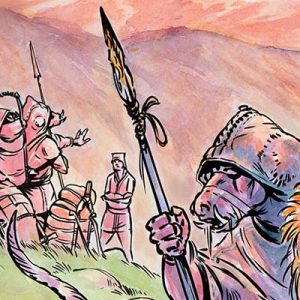 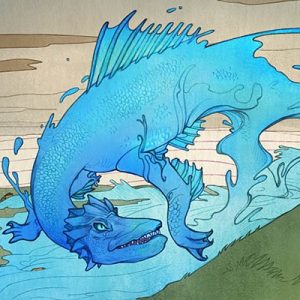 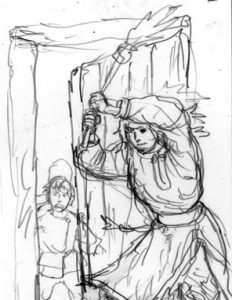 Since essentially all of the game’s scenes have been written and coded, I figured it’s time to start sweeping.

“Sweep” is the term we use when we find an issue, and realize that it could apply to every scene in the game.

For example, the bug report

I noticed a [q > 4] which is probably not possible

is something that could affect any scene. So today I searched every script (i.e. swept the code) for similar patterns (e.g. [q = 4] was also a problem, because in rare cases, the special variable q can indeed be set to 5).

The sweep that’s had the biggest impact has been

Sweep to be sure ChooseLeader is followed by a leader test

In other words, if you pick a leader, then it’s that leader’s Bargaining or Combat that will be used to overcome opposition. We had tried to catch these cases, but missed a few. And this was by far the most brute force sweep, since ChooseLeader is very common.

It looks like there are about 15 of these in our bug tracker, and about half are done. I expect to finish them this week. 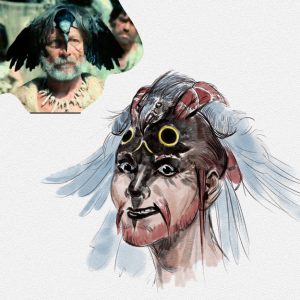 Somewhere along the line, Jan Pospíšil drew a concept sketch that I liked, but that didn’t seem right for a member of the player’s clan (which was the original thought).

Recently, Robin Laws and I were going over the interactive scenes that are currently in the game, and figuring out what was lacking. He came up with a new scene that seemed like it perfectly fit the sketch.

So the scene is now written and coded, and we’ll be doing a full illustration based on the quick design. Sometimes good concept ideas never make it into the game, but I’m glad this one can. 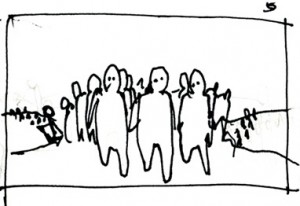 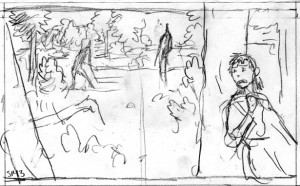 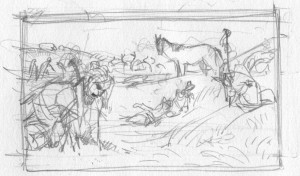 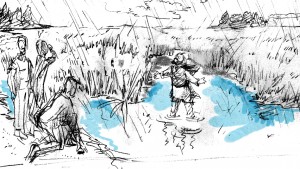 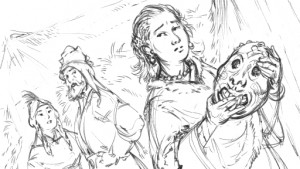