I don’t think data-driven game design is the best approach to a narrative game, but it’s a valuable tool. It’s certainly worth gathering data to see if players are actually experiencing the story the way the designers intended.

Unfortunately, it appears that in my eagerness to measure outcomes, I went past the design limits of Flurry Analytics, and am not actually tracking everything I thought I was. But I am capturing a lot of anonymous data, and I thought it might be interesting to share some of it.

The clan questionnaire establishes the backstory of your clan. As usual, there is no best response, though a few affect difficulty. The questionnaire gives you an interactive introduction to the game, and lets you decide on how you want to play (these are the choices your ancestors made, and determine how they will react to your choices made in other contexts).

Which of the gods did your ancestors favor? 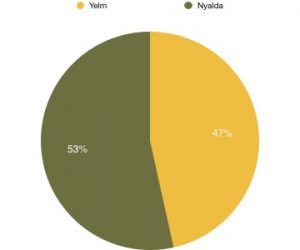 Players had no strong preference. 53% picked the Earth Goddess.

Which famous event of the gods did your ancestors support? 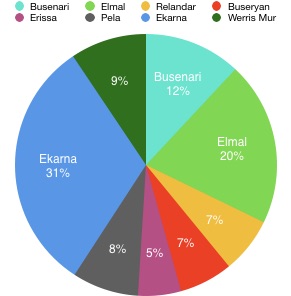 The most popular gods to help were the trade goddess, the warlike sun, and the cow goddess.

Who was your ancestral enemy? 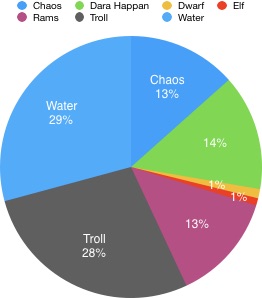 The forces of water were a slight favorite. Perhaps players remembered that this was a weaker foe in King of Dragon Pass. (That’s not necessarily the case in this game.) Presumably the elves and dwarves are poorly represented here because both are not early enemies, and are available as choices only if you pick “Our worst danger came later.”

Which god did your ancestors bring from the Golden City? 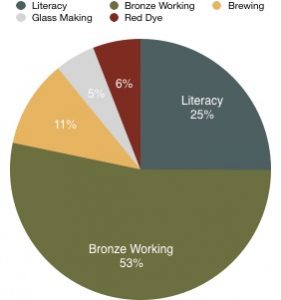 Apparently our players were keen to be master redsmiths, over half of them making sure to bring the god of bronze working as they fled their home. 25% retained literacy. Only 5% brought the secrets of glass making, which I guess is represented in the artwork (other than the user interface, I don’t think we explicitly show any glass).

Which group of the First Division were your ancestors? 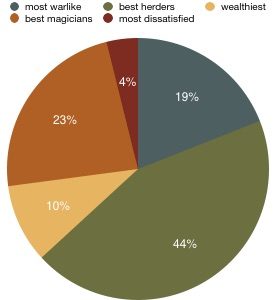 Given the importance of herding to the Riders, it’s not surprising that 44% of players decided that their ancestors were the best herders in the First Clan. I always figured that the most dissatisfied members were the ones who most wanted to split, but this isn’t a popular choice.

Who did your ancestors meet in the Second Migration? 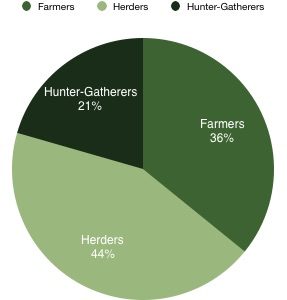 The most popular choice was herders, followed by farmers. 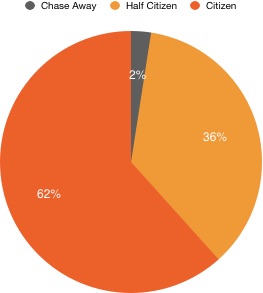 Almost everyone adopted them, and most players made them full citizens of the clan.

How hard will life be? 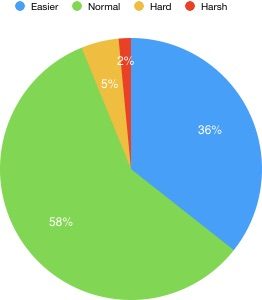 The final question is primarily to establish your starting conditions. This is a difficult game, so it’s totally fine to start at the Easier setting. Most games were started at Normal. Probably players only play at Harsh once they have mastered things.

Getting metrics is relatively easy. Effectively analyzing them can take a lot of time (I worked on one game where there was no analysis until after the game shipped.)

Actually taking action can be tricky. I’m surprised that so few players chose dwarves or elves, but I think it would break the story flow to give them more equal billing (as well as presenting more choices than necessary at one point).

Although I don’t think any of this particular data will result in design changes, we have been doing some tuning based on what we see. It may be subtle, but some of that will be in the next update.