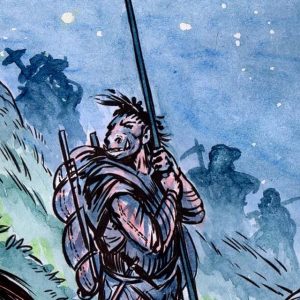 I’ve been working full time on Six Ages for over two years, but it’s still not done. How far along is it?

Answering that question is a little hard, partly because I haven’t devoted as much time to managing the status as I have on creating the game. I am pretty sure of one thing: it will not be released this year, as I had originally hoped.

Other than that, I’m pleased with the progress. One important reason is that the budget needed to be significantly less than King of Dragon Pass, and even as development continues longer than I had planned, we’re still OK on costs. And game play is complete enough that you can play a complete game, so we can start improving that. And complete enough that we can tell a lot of things are working pretty well.

One reason that things are taking longer than my original plan is that as we developed the game, it became obvious that it would need more scenes and accompanying art than I had first thought. We now have 40% more scenes, and 59% more scene art, in fact!

More scenes means not only more art, but more time needed to write them, more time needed to code them in our scripting language, and more time needed to make sure that all branches are tested. As I’ve written before, we are done with the writing. We’ve also completed script coding. Testing is harder to measure (since some branches depend on external conditions or chance), but over 3/4 of scenes have had all branches exercised. (Our automated testing isn’t as thorough, though it adds another level of confidence.) 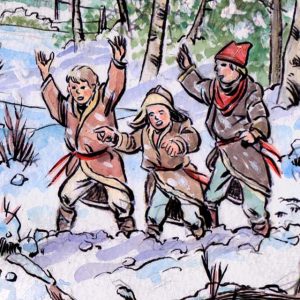 If the art needs hadn’t grown, we would be completing the scene art this month. But there are more scenes. And on top of that, since it’s a different game than King of Dragon Pass, we can’t reuse some art in the same fashion. So there’s still a bunch to go. On the other hand, we have a lot of really good art.

The game is certainly far enough along to start its tutorial. The first draft is nearly complete. Thanks to those who gave input!

Besides finishing the art, a few big tasks remain: music, manual, user interface polish, and a lot of game tuning. That will clearly take us past the December holidays and into next year.