Just got a bug report from QA that a scene threw up an error. It was pretty easy to see that it couldn’t find a friendly clan to visit you.

That turned out to have happened because of using the debug tools to have everyone feuding (to make it easy to test resolving feuds). This is an unlikely situation, but it’s certainly possible to get a lot of clans to hate you, if you play the right (wrong?) way. So it’s a valid bug, and I fixed it. 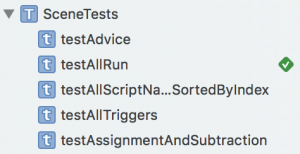 Given how many scenes are in the game, I figure any bug is probably somewhere else as well. So figured I should go back to our automated tests and run them in their nonstandard configurations. I don’t usually do this, partly because they’re mutually exclusive, but also because some of them can take a long time (in fact, as I type this I’m running one … that just finished in just under 26 minutes).

But sure enough, enabling TEST_ALL_FEUDING found several scenes that would have trouble. It also gave a lot of false positives, since the brute force testing ignores scene conditions. (Scenes almost always have conditions that prevent them from being randomly chosen when they’re not appropriate.) 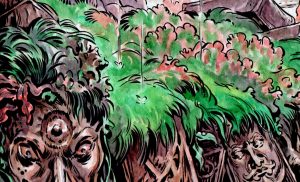