In some ways this is just an arbitrary milestone. “Beta” is a pretty loosely defined term, indicating a point in the software development cycle when we think the game is close to the final product, but still has bugs. We don’t expect a lot of design changes, but things are’t locked down. In fact, I made a change to the main menu screen the day after declaring beta. But the main focus now is getting the game shipped.

That has two main components: finding bugs, and marketing. 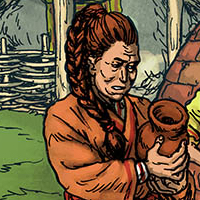 Our QA team is still testing (especially since one of the last features added was a new scene), and we’re expanding outside testing to more playtesters (we still have a backlog, but let us know if you’d like to be added to it). I’ve also been running some automated tests, but they can take almost half an hour, so that’s not routine. 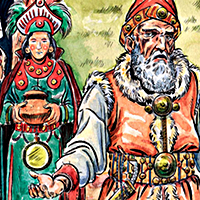 We’ll be ramping up marketing more once we have a release date. Given that the game involves exploring a story with some plot twists, we don’t want to give away too much too soon. But we’re starting to plan. We do know that we need to do our first video trailer, and need to find someone to help us make one. (Please contact us if you are available to do video production!)

The other aspect is making sure the game is fun, and the right level of challenge. There’s a lot of emergent story that can be tricky. This is another reason we don’t yet have a target date to release the game.

But overall things are going well. We’re definitely on the road to a release candidate.