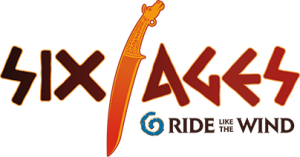 Six Ages: Ride Like the Wind comes to the iOS App Store on 28 June, with preorders starting 21 June. It will sell for US$ 9.99.

We’re currently developing the game for other platforms, and expect to release them next year.

To get a taste of the game, you can watch our launch trailer.

Although we have a build approved for the App Store, we’re still fixing bugs and making small changes. There’s not much time left before launch, so we’re trying to triage issues to make sure they aren’t likely to break anything unexpectedly, and that QA will be able to verify that the change actually works.

Our plan is that Ride Like the Wind is the first in a series of six related games. You’ll be able to play them in any order, but the idea is that you can continue the story of a clan through the ages.

The designers of King of Dragon Pass, David Dunham and Robin D. Laws, have refined the classic game.

Compared to King of Dragon Pass, play is both simpler and richer. You’ll get to make more decisions in combat, and can appease an assortment of spirits as well as build shrines to your gods. You’ll explore an unknown land about four times as large, and can choose a special action to perform each year. Food production is less complex.

Of course, you will still have advisors with unique personalities, and will follow their stories over multiple generations. Your cows will show your prestige. And you’ll be able to visit the land of the gods.

We’re working hard to do the last final polish, so you’ll be able to enjoy the game at the end of the month!